Solar Panels - Everything You Need To Know!

Solar Panels - Everything You Need To Know! 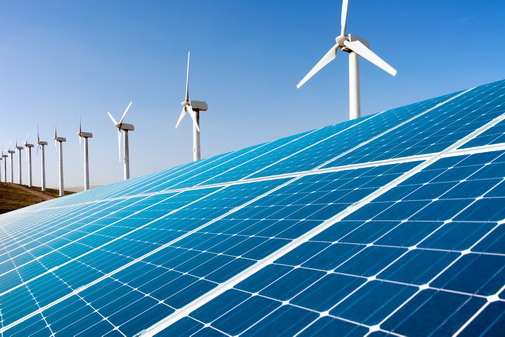 The sun is the source of most energy, from fossil fuels to hydro. Surface and rooftop solar power plants generate electricity directly from this excellent resource by converting light. Solar panels can power a wide variety of energy uses. For example, solar electricity can power a distant cabin and keep the lights on at the International Space Station.

Still, we all know that solar isn't just for remote power demands. Solar panels have become a competitive energy source for households and businesses as their costs have decreased. Going solar is one of the finest methods for a customer to green their energy, aside from saving some green.

The cost of solar panels has decreased significantly in tandem with an improvement in solar efficiency. Over the last decade, the cost of installing solar panels has dropped by more than 60%, and many industry analysts believe that prices will continue to reduce in the coming years.

Solar panels are the most visible components of a photovoltaic system; however, they only account for roughly 30% of the overall system cost. Moreover, a solar panel's high-tech gleam is only the tip of the iceberg that a photovoltaic system uses to harvest sustainable energy from the sun.

Let's take a deeper look at the critical components of a solar system:

A conventional solar panel comprises silicon cells, a metal frame, wiring, and glass. An insulating layer and a protective back sheet protect the panel from excessive heat and humidity. While the overall design of solar panels is pretty common, silicon cells are produced in two unique formats:

Both mono and poly cells provide the same function. Aesthetics and budget can assist you in deciding which is best for your next project. Mono panels are darker and more consistent in colour, whereas poly panels are lighter (usually blue).

Due to their increased efficiency, mono panels may be the way to go if space is restricted on the site. However, if space isn't a problem or you're working with a limited budget, poly panels are still a good alternative.

Solar energy is delivered directly from the panel as direct current. However, before it can be used in a commercial electrical system, the energy must be transformed into an alternating current. Fortunately, DC may be readily converted to AC with an inverter. Inverters are divided into four major categories:

Racking and mounting gear do more than fasten panels to a roof or the ground; they also give optimal solar exposure. Therefore, the proper mounting design and position are critical for guaranteeing optimal output from any system.

Solar energy is a clean, affordable, renewable energy source that can be harnessed practically anywhere on the planet - each place where sunlight strikes the earth's surface is a possible location for solar power generation. And, because solar energy is derived from the sun, it is an infinite supply of electricity.

Renewable energy methods create power from unlimited resources. Compare producing power with renewable resources versus having electricity with fossil fuels. Because oil, gas, and coal took hundreds of thousands of years to develop, every time one of those finite resources is used to generate energy, that limited resource is brought a little closer to exhaustion.

Using a renewable resource to create electricity, such as wind, solar, or hydropower, does not degrade that resource. There will always be steady sunshine shining on the earth's surface, and after converting sunlight to energy, there will be a limitless supply of the sun to convert in the future.

That is why solar power is, by definition, renewable energy. While fossil fuels still dominate India's present electrical mix, renewable energy sources such as solar are gradually becoming a greater component of the country's energy profile.

Generally, one watt of solar panel-rated power will provide around four watt-hours (Wh) of energy with an average irradiance of four peak sun hours each day. It is the same as 0.004kWh. As a result, a 300-watt solar panel will produce 1.22kWh per day.